Derbyshire spirit at Whaley Bridge remembered a year on

The huge community effort shown in Whaley Bridge and surrounding areas as the town’s dam threatened to fail is being remembered one year on.

On 1 August 2019 following a week of heavy rainfall, emergency services were alerted after it was reported that water was pouring out of the Toddbrook Reservoir dam which stands above the Peak District town.

Within an hour a major incident had been declared and planning for the evacuation of 1,500 residents began.

Had the dam given way millions of gallons of water would have swept through the failing dam and into the town, with catastrophic consequences for residents.
Derbyshire County Council’s Leader Councillor Barry Lewis said: “One year ago the town of Whaley Bridge looked perilously close to being swept away, and the monumental efforts shown by all the agencies working together to stop this happening must not be forgotten.

“We must also remember the resilience of the residents of Whaley Bridge who had to grab a few personal belongings and leave their homes there and then, and the amazing community spirit, kindness and selflessness shown by those in surrounding areas and further afield who opened up their homes and did everything they could to help.

“The offers of practical, physical and financial support poured in and it was overwhelming. I’ve never felt so proud of our county or to be leading Derbyshire County Council.”

The evacuation of Whaley Bridge lasted for a week, with county council services including highways and structural engineers, social care, public health and finance officers all working together, led by emergency planners.

Within hours the county council had set up a rest centre and information point for people who had nowhere to go, and vulnerable people were found safe places to stay, including local hotels which opened their doors for free.

Emergency volunteers staffed the rest centre and donations of food, clothing, toiletries and other essentials came in from across the region.

The council also set up an emergency helpline so residents could get support and the latest information, and volunteers and donations could be effectively co-ordinated to make sure help was getting to the people who needed it most, when they needed it.

Emergency funds were set up by the council to support local businesses which had been forced to close and for residents who had evacuated their homes at such short notice.

Around 250 families were helped and three public meetings were also held to ensure local residents were kept up to date with the on-going situation.

The council’s emergency planning and highways staff liaised with the police and RAF to send up a Chinook helicopter which played a pivotal role in ensuring 540 tonnes of aggregate were put in place to successfully reinforce the reservoir dam wall.

After a week residents were told they could safely return to their homes.

Councillor Barry Lewis said: “A lot has happened across the county and the world since Whaley Bridge faced this situation 12 months ago, and that same Derbyshire spirit has come back with a vengeance in the past few months which has been great to see.

“As we did 12 months ago in Whaley Bridge, we’re throwing all our efforts behind getting the county back on its feet and open for business, and I know our determined and resilient communities will help us to make this happen.”

Councillor Lewis added: “What happened at Whaley Bridge, and the devastating floods which affected the county in the months after this, put climate change to the forefront of our minds, and we’re working hard to put in place a sensible, credible and measured plan to reduce our greenhouse gas emissions.

“But this isn’t something the county council can achieve on its own. To truly make an impact, we all need to play a part. That’s why we’re looking to work with Derbyshire’s communities and businesses as well as partner organisations in a countywide approach to cutting carbon.”

The Canal and River Trust charity, which cares for the Toddbrook Reservoir, has recently announced that the temporary repair project to make safe the damaged spillway is due to be finished by early August and design consultants have been appointed to lead on the permanent reservoir repair which will take around three years and cost more than £10 million.

Once this first repair phase is completed, the construction site boundaries will be reduced and some footpaths around the reservoir will be reopened to the public for a few months until spring 2021, when the permanent repair works are expected to begin.
Daniel Greenhalgh, North West Director with the Canal & River Trust charity said: “A year on from the Toddbrook Reservoir emergency, the Canal & River Trust wants to pay tribute to the wonderful support and amazing resilience of the Whaley Bridge community.

“Many individuals have done a fantastic job volunteering and putting themselves forward to help others.

“Such is the importance of the Toddbrook repair project, our teams have continued to work hard through atrocious winter weather and the coronavirus pandemic to make repairs and improvements to the damaged spillway. We and many reservoir owners have learned valuable lessons from the incident and subsequent investigations into the cause of the emergency.”

Councillor Anthony Mckeown, Leader of High Peak Borough Council, said: “Whaley Bridge and the surrounding towns and villages, were severely impacted by the Toddbrook reservoir incident a year ago.

“The community spirit that emerged was amazing with nearly all residents finding accommodation with friends and relatives, and local volunteers, businesses and charities across the area delivering fantastic help and practical support to the emergency services. This has forged a strong and positive legacy of pride in their community which has, once again, proved its worth as these communities, like those across the UK, have faced the pressures and challenges of the covid health pandemic.” 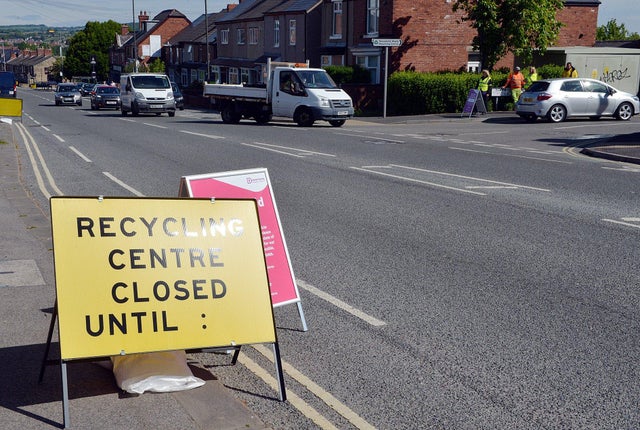